Book with confidence. Change your mind. Read our COVID Info

Lighthouse keeper, castle custodian, fisherman, boat mechanic, serial business-starter, dad (and occasional but obsessive skier) Jason Crane is a pin up for the good life by the sea. I asked him what was on his bucket list and his only answer was ‘play polo in Argentina’. Nice I said, but nothing else? Nothing?

No he said, I have no fear of missing out. Everyone else seems to be running around, worrying that they’re missing out on life, but I get to live this everyday. I love it here, nothing compares to the simple life here and on Hurst, it’s priceless”.

Jason’s job is four fold and not without commitment. He employs 50 people in total. He took over the family business, Hurst Marine, set up by his parents, Sean and Mary Crane full time in 2014. The company was first started in 1984 (then known as Hurst Ferries) to provide a ferry service from Keyhaven to Hurst Castle  and this is still very much as the company’s heart today.

Now a successful business in its own right,  Hurst Castle was threatened with closure when English Heritage chose to close the castle in 1993. Jason’s father stepped in and an agreement was drawn up with English Heritage to keep the castle open for future generations to enjoy. It’s an extraordinary place and has over 55,000 visitors a year. With no electricity or fresh water on site running the place is demanding. Running a cafe there is tough. It’s testament to his generous character that his team are clearly so on board.

With that the project quickly extended and now there is a well-supported cafe in the castle. And recently another café, Hurst On The Hill in Milford on Sea.

His team is young, vibrant and full of banter and enthusiasm. It’s infectious and clearly one of the reasons Jason loves his life so much. There is Alex, who runs the Hurst Castle cafe all summer under particularly difficult circumstances; water has to be tractored-out daily. The mile long spit is gravelly and there’s no going back to get extra milk if you run out during the day.

Take one galvanised bucket. Freshly caught mackerel, some locally picked samphire. Get the campfire started. Boil/poach the mackerel lightly in the seawater. Throw in the samphire. Hook the whole out and pop on plates to serve with butter. No salt needed!

Jason is a third generation light house keeper at Hurst Castle. Now he also manages the lighthouse on the Needles too. He lived at Hurst Castle for many summers. Now his childhood summer house is a ‘glorified beach hut’ with no electricity or plumbing. The little cottage sits alone, almost entirely surrounded by Solent waters on the final curve of the Spit.

Jason’s family connections draw his ever closer to Hurst Castle, with his grandfather being the Castle Keeper from 1956 and his uncle, the Lighthouse Keeper from 1952-1989.

One of the things that bothers me so much is the plastic pollution that washes up at Hurst Castle. It’s a tragedy of our seas and we are very active with beach clean ups with Friends of Hurst who do plastic pick ups monthly.

We are very lucky to be part of an amazing community here and welcome our guest to come and be part of it. 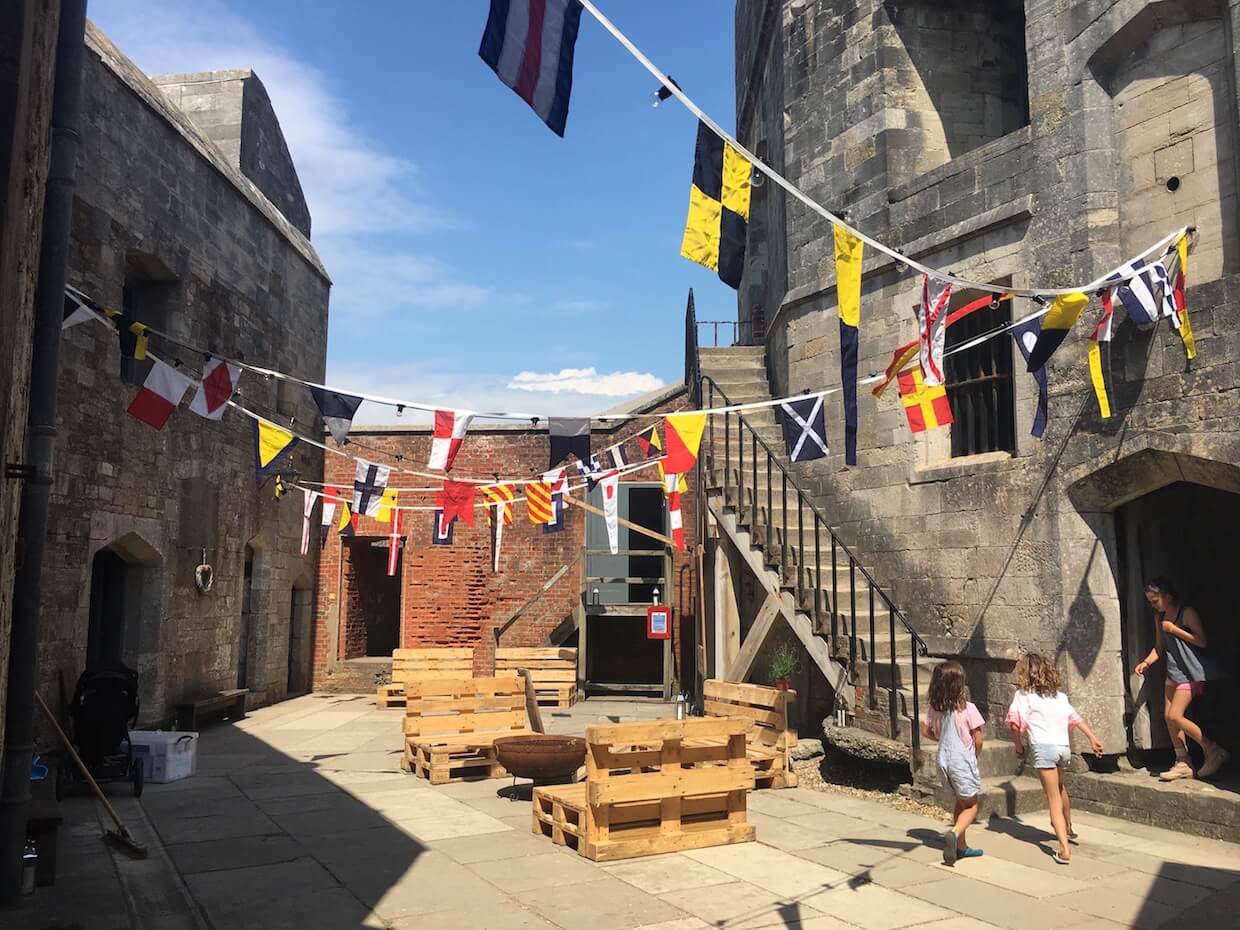